The Most Effective Martial Art Types in The World?

The most effective martial art types are the the one that helps you get out of tight situations. They are those techniques that allows you to respond to a hostile environment in the fastest and least dangerous way possible. The most effective martial art type is one that allows you to respond to different challenges without being confined to a single technique or approach. In other words, the best types of martial arts are the ones which are rooted in the real world situations. 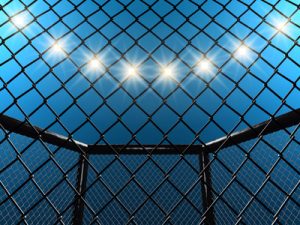 Although there are literally hundreds, of fighting styles all over the world, many of them aren’t actually that applicable in actual combat scenarios. You have to remember that most martial arts in the world developed at certain places, at certain times through history, in response to specific enemies and weapons. Outside their specific historical and cultural contexts, many martial arts techniques throughout the world lack real world applicability, especially in an urban environment where your potential opponents are armed with all kinds of weapons, especially guns and firearms.

It’s also worth mentioning that many archaic forms of martial arts were used on battlefields as opposed to civilian environments and because of this, even if they are still practical in today’s world, they are not necessarily suitable for urban self-defense. So if you want to learn the most effective martial art type for self-defense, it’s important to select those which are specifically developed for that particular purpose.

What Are The Most Effective Martial Art Types in The World?

The truth is that if you were to ask five martial arts experts What Are The Most Effective Martial Art Types in The World?, they will likely give you five different answers. Like most things concerning martial arts, effectiveness is a matter of practicality and versatility. The most effective martial art types are not necessarily the ones that allow you to hit harder than your enemy, but those that will allow you to stack the odds in your favor.

With regards to adaptability a good example is Krav Maga, which addresses the issue of engaging opponents who are armed with firearms. Another good example is Russian Systema, which uses quick but efficient techniques for disarming or incapacitating opponents. If you’re inclined to use a melee weapon then you should try to take up some knife or stick fighting techniques. Arnis from the Philippines is one such example, not to mention Pekiti Tirsia Kali. For unarmed combat, Jeet Kune Do is probably among the best options around. It’s fluid, efficient and adaptable. Also, it was also developed by one of most popular martial artists in the world, Bruce Lee.

Finally, it’s a good idea not to get bogged down in just one type of martial art. There are dozens for you to choose from and you will need to develop your own method and fighting style if you really want to become a real fighter. Even if you simply want to learn basic self-defense, it’s important to keep in mind that real self-defense is not so much what you learn but how you are conditioned to react to different situations.

The Most Effective Martial Art’s Benefits

By learning different forms of martial arts, you will be able to improve your own fighting abilities and at the same time, address certain weaknesses that you may have developed early in your training. So remember, the best martial artists are the ones who are recognize the importance training and improvement.