When comparing Muay Thai vs Taekwondo there are a number of important factors that you need to keep in mind. While both are east Asian martial arts, they each feature different techniques and are learned for different purposes. While both martial arts can be used effectively for self defense, Muay Thai is clearly the much more combat oriented fighting style. Most people who train in Muay Thai do so with combat in mind. In contrast Taekwondo places much more emphasis on form and technique instead of actual combat. This doesn’t mean that it can’t be used for combat purposes, it simply means that Taekwondo practitioners are not necessarily training with the intention of fighting in most cases. 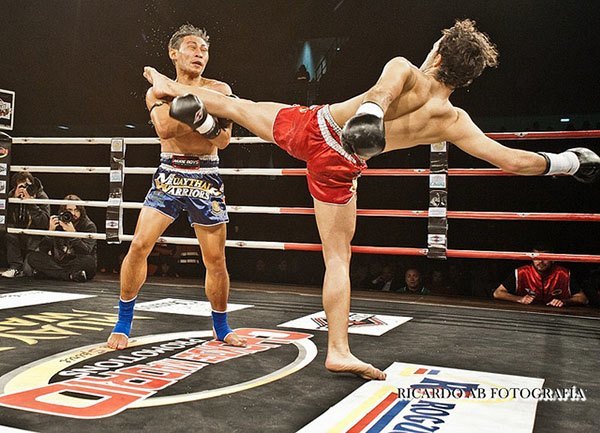 Muay Thai is famous for it’s brutal elbow strikes, knees, and kicks as well as it’s clenching techniques. The techniques that Muay Thai students learn are meant to inflict damage quickly in order to incapacitate their opponent. Students are trained in a very tough environment that is designed to instill mental toughness into them, as well as to toughen the striking points of their body. Muay Thai fights are often fought as a type of attrition fight. Simply put fighters would traditionally exchange blows and over time the fighter who accumulated the most damage would usually end up losing the fight. While this is the traditional way that Muay Thai matches were conducted, in recent years many fighters are now learning to avoid damage by employing better defensive techniques. 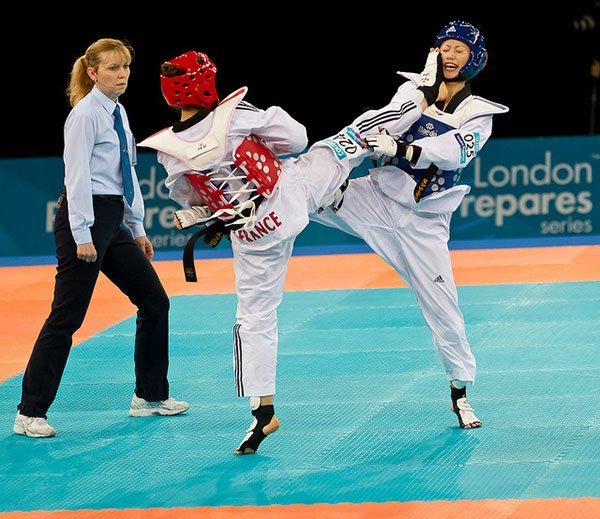 In terms of style Taekwondo is just about the polar opposite of Muay Thai. Taekwondo places much more emphasis upon perfecting technique through the practice of forms instead of actual combat. In terms of techniques Taekwondo practitioners learn a wide range of different punches and kicks. Taekwondo matches are also far different than their Muay Thai counterparts. In Taekwondo matches points are awarded for strikes, but in many cases excessive force is actually penalized. Instead of rewarding a fighter for inflicting damage on his opponent, a fighter is rewarded for using good technique. In Taekwondo matches protective gear is also much more extensive than in a Muay Thai fight, and strikes to the legs and lower body are not permitted.

A common practice among martial arts enthusiasts as well as newcomers is to try to compare different fighting styles to determine which one is superior. The problem with this way of thinking is that choosing which is better is virtually impossible. A better way to approach the situation is to try to determine which style is the better choice for you. If you want to learn a martial art that can help you to get into shape, and also enjoy friendly competition then Taekwondo is probably a good choice for you. However if you want to learn a more intense martial art and are looking forward to testing your mental and physical limits then you should consider Muay Thai. In either case it’s important to remember that your effectiveness as a fighter will come down more to your preparation than it will to your choice of martial arts style.

Which martial arts style do you prefer? Let us know in the comments below.