Which Martial Arts Style is Right for Me?

There are different forms of martial arts in existence. Some people find it quite difficult to narrow down their choices to a single form when choosing which one to learn. In order to make this easier, at least to a certain degree, we can categorize the fighting arts into a number of martial arts styles. In doing so, it would be easier to find which one will appeal the most to you – and then pick out one from that category. Aside from this, those who venture out into mixed martial arts or those who probably would want to learn more than just one fighting style would need to master two or more of these skills. Most who decide to learn one art often stop midway because they don’t find the style to fit their own personality. Therefore, learning more about a specific style before taking the plunge is very important. Here are the different martial arts styles categorized according to technique: 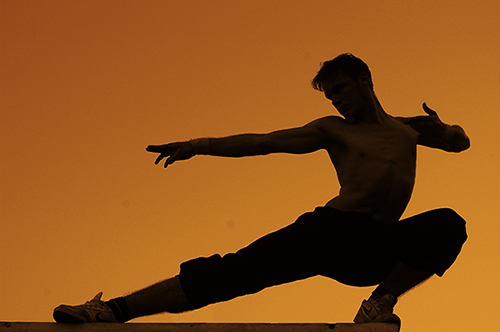 The stand-up or striking martial arts styles allow defense of oneself with the use of punches, kicks, elbows, knees, and blocks. The artist will learn the utilization of these moves (or combinations of these) depending on the specific martial art that he/she is trying to master. Most often than not, these styles utilize not only stand-up or styling alone, but in conjunction with the other styles (which will be discussed further below). Included in this style of fighting are:

This style focuses on the art of taking the opponent to the ground. In doing so, the artist will be able to accomplish a dominant position and possible cause a submission to declare his victory in the fight. Grappling-style martial arts include the following:

One of the martial arts styles that require excellent athleticism and upper body strength is this. In martial arts, the best – and sure – way to win a fight is the use of throws and takedowns. The styles listed in the Grappling category above all apply the takedown respects. The following are fighting styles that utilize throwing and takedowns (and grappling as a secondary focus):

If there would be martial arts styles that make use of spirituality than physical combat, then it would have to be the meditative form. The practice of this style primarily focuses on the spiritual side of the person, using both physical fitness and breathing techniques in fighting. The low impact martial art forms include:

The martial arts styles that are getting the most hype and popularity (as evidenced by multimedia frenzies) today are those under the Hybrid domain. Basically, most fighting styles make use of a technique (or more) based on another fighting style’s technique. This is highlighted in the recent upsurge with the mixed martial art forms. Mixed martial arts – or MMA – are even taught in majority of the schools today as a part of the physical education curriculum. Technically, MMA means having different martial arts styles into a single fighting form. However, MMA is also used colloquially to refer to the mixed martial arts known as the modern sport that combines grappling, throws, takedowns, stand-up fighting, and submissions. Before this was sensationalized, the original martial arts that belonged to this category include the following:

The different styles of martial arts will help identify the main techniques that will be utilized in certain forms of fighting, thus giving a clearer picture about what to expect from the practice. This will be beneficial in those who are trying to start learning a martial art but are still undecided about which one to pursue.