Kung Fu was catapulted into the spotlight with the awarding of an honorary Oscar to film legend Jackie Chan last weekend. The star from Hong Kong is infamous for his martial arts virtuosity and for bringing Kung Fu techniques to the mainstream masses and this award was a long time coming. Chan has been in the film industry for more than 56 years, despite only being 64 years old.

Martial arts has been historically underrepresented at the Oscars, but the Academy has been working to improve in its previously poor outreach in terms of awarding stars who are not white, middle class and male. It was Jackie Chan who brought Kung Fu to the masses, as Tom Hanks acknowledged when he introduced Chan at the Governors awards. Chan is famous for combining martial arts with slapstick comedy.

The Academy of Motion Pictures and Sciences handed out four honorary Oscars, one of which went to Chan, to mark the immense contribution of these actors to the film industry. Jackie Chan however, stood out among them all. After all, he is a true legend of the Hollywood scene and it is brilliant that he has finally been honored in this way. 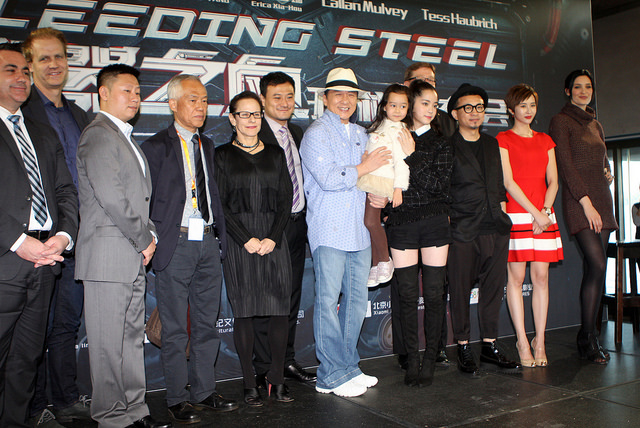 However, how did Jackie Chan become a master fighter in the first place?

It all began when his family moved to Australia. when Jackie was just seven years old. His father got a job as the head chef at the American embassy in Canberra. Chan was sent to the China Drama Academy which was run by Master and opera legend Yu Jim-yuen. It was here that Jackie learnt acrobatics, fighting and martial arts. Yu Jim-yuen eventually put together the best students as the ‘Seven Little Fortunes; and Chan was one of those who were selected. His first film was Big and Little Wong Tin Bar (1962). In the 1970s, his career really took off. By this point, in addition to Kung Fu, he had trained in karate, Taekwondo, Jett Kune Do and judo.

In 1971 he was signed to the film company Great Earth Film Company. He worked as a stuntman on a number of Bruce Lee films, including Fist of Fury and Enter the Dragon. His first major breakthrough however was in 1978 with the film Snake in the Eagle’s Shadow. It established his comedic Kung Fu style which was completely unlike anything else that was being tried at the time. It was the subsequent Drunken Master that really gave him mainstream success. During the filming of Fearless Hyena Part II, Chan left to join the Golden Harvest film company in which he began to move into the American film market.

His first Hollywood film was The Big Brawl in 1980. However, it took a while for him to really be respected, let alone the star that he is seen as now.

Jackie Chan has received numerous awards over the years. For example, he was given a lifetime achievement award from the Taurus World Stunt Awards and he features on the Hollywood Walk of Fame and the Hong Kong Avenue of Stars. However, the Oscar he received last weekend is surely at the top of them all and very much deserved.

Chan’s accomplishment has catapulted Kung Fu and other martial arts into the spotlight in a way that wasn’t really possible before. The film industry owes him a lot, but so too does the world of martial arts.

Do you think Chan deserves his reputation as a martial arts master?

Can you think of any films that he deserved an Oscar for but missed out unfairly?