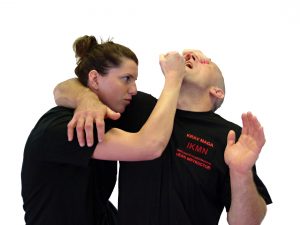 Krav Maga Martial Arts is the official system of self-defense and close combat of the Israeli Defense Forces (IDF), the Israeli National Police and other security services. It is also widely taught in public schools and educational institutions. Since 1964, Krav Maga Martial arts has been taught to civilians all over the world. The idea is to teach everyone, no matter of age, sex, experience or physical abilities.

Krav Maga that in Hebrew means “Contact Combat” was created by Imi Lichtenfeld. This style was designed for today’s troubled world. Krav Maga Martial Arts has been used into the FBI, SWAT and into many others police’s Special Forces operations.

Krav Maga Martial Arts was founded by Imi Lichtenfeld (as I mentioned before). He born in Budapest in 1910. He was raised in sport environment by his father, who was well known and respected in various sports and types of martial arts. Imi won a lot of title in various competitions, he was Slovakian youth and adult Wrestling Champion, national boxing champion and international gymnastics champion.

Later on he was involved in many protests groups against political movements and was forced to fight in street fights. It was a period when he realized the difference between street fight and competition.

In 1940 Imi Lichtebfeld was allowed to immigrate to Israel, where he started developing self-defense system for combat service in the IDF and wrote a guide for the army self-defense and close combat system. In the 60’s he left the army, but still supervised the Krav Maga martial arts classes in the military and the security services and began adapting it to civilian needs. In 1978 Imi founded the first Krav Maga Association, in 1995 – the International Krav Maga Federation. He died in 1998, at age 88.

Krav Maga Martial Arts uses most techniques of Judo, Jujitsu, Aikido, Boxing and Karate, but different than other types of martial arts it has no rules and everything is allowed. Students are thought kicking and punching techniques to vital areas such as the groin, eyes and throat, low kicks to the knee, basic weapons such as knife, short staff and bayonet rifle techniques and submission’s defenses.

There are various instructional DVDs and training programs that can help you to learn or improve your Krav Maga technique. One of my favorite that I’ve tried so far is “Learn Krav Maga in No Time“. The best practice is to find  a local gym and professional instructor, rather than learning Krav Maga at home by your self.

Self-defense is all about how to avoid punches, kicks, chokes, bearhugs, headlocks, grabs as well as weapons without being injured.

Hand to hand combat teaches how to neutralize an enemy quickly and effectively while using various attacks and combinations. It’s also teaches how to use the environment to your advantage.

During learning period students wearing protections and are thought different techniques depends from their lever. At the beginning they are though blocks, punches, kicks and specific strikes, together with defensive moves for grabs and attacks. As their level is going higher, different techniques is added to their training, as weapons, longer-rage and multiple opponent’s situations and so on.