Some of the Best Martial Arts for MMA

With MMA having such a wide variety of moves, it’s sometimes hard to determine what works best for you. The world’s sum of knowledge regarding grappling and striking is vast, and each culture seems to have its own take on each method. Below are some of the martial arts for MMA that have withstood the test of time, and the pro fighters that utilize them.

Karate: Karate is a name recognized worldwide as the staple contact martial art, and is one of the best martial arts for MMA. This ancient art is renowned mostly for its age, as the history of Karate stretches well into the Tang Dynasty. While there are many variations and sub-sets of Karate, there is still a general focus on striking and making the body into a hitting weapon. One such derivative is Kyokushin Karate. This somewhat recently created method, founded in 1964 by Karate legend (“Godhand”) Masutasu Oyama, is a highly rigorous full-contact karate variant that is highly respected in the Karate world. An example of Kyokushin use in MMA can be found in the fighting methods of Georges St-Pierre, as his exposure to Karate began at age 7, with Kyokushin being his first learned martial art. 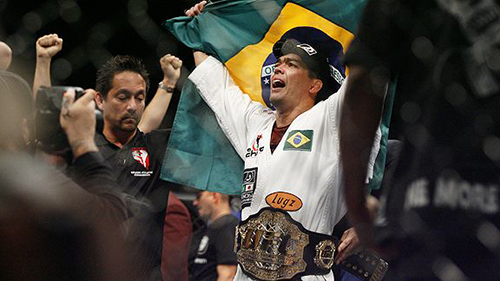 Another great example of Karateka is a former UFC Light Heavyweight Champion – Lyoto Machida. He started training Karate Shotokan at the age of 3. And now he is well known MMA figher who has very elusive style, perfect timing, perfect foot work and all this is because of Karate.

Jujutsu: This less striking-oriented martial art is another very well-known technique used by many different MMA fighters and martial arts masters. This submission technique was designed among samurai to fight against armed and armored opponents, as strikes and blows proved ineffective against armored foes. This fighting technique can also accommodate a short weapon, but is still oriented towards subduing.

But the most popular martial arts style amongst MMA fighters today is Brazilian Jiu-Jitsu. Almost everyone who participates in MMA events are highly skilled BJJ practitioners. As many already proved that it’s hard to win MMA figh without knowing BJJ as a lot of fights end at the ground, and it’s essential to know at least how to avoid being submitted. 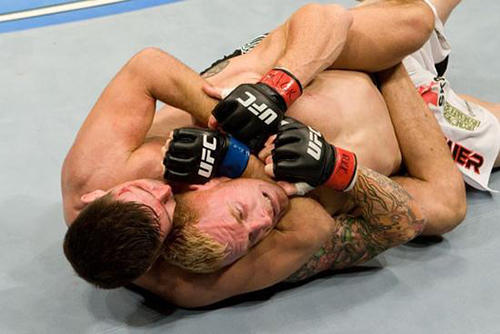 Martial arts was forever changed when Brazilian Jiu-Jitsu legend Royce Gracie submitted all his opponents at UFC 1. Other top UFC Competitors, Joe Lauzon, Demian Maia, Fabricio Werdum are highly skilled in a Brazillian Jiu-Jitsu that focus on ground fighting and employ it into their fighting style.

Another offshoot of Jujutsu is known as “Judo“, and it focuses primarily on grappling, throwing and take-downs, as it disregards vicious moves like biting and hair pulling. Judo is seen by some as a meditative quest for inner peace, rather than just a martial arts technique. Despite its more methodical approach, Judo still has a great deal of lethality in its kata. Winner of the bronze judo metal at the Beijing Olympics in 2008, Ronda Rousey was the first American woman to receive an Olympic medal in Judo. Because of its less brutal nature, Judo is somewhat of an underrated technique in MMA, though some fighters use it almost strictly.

These are just several examples of the many different martial arts styles for MMA. Other different forms of striking, take-down and submission arts are everywhere, but some of the most intimidating and popular include Muay Thai (A deadly striking martial art that focuses on creatively using body parts like the elbows), Wrestling (a highly common martial art technique that’s all about grappling and holds) and Sambo (Also known as “S.A.M.B.O” or “Self Defense Without Weapons”, this technique is an amalgamation of the most successful hand-to-hand martial arts techniques compiled into a very effective martial art). Of these three, Sambo mostly has Judo to thank for its origins. Wrestling has been around for centuries and is visible in hundreds of cultures around the world, so it’s difficult to name its origins. Muay thai, also known as “The art of eight limbs” began in Thailand from where it eventually spread internationally.

The best martial arts for MMA are those that work even when the odds are against you, and in a tough situation the martial arts mentioned above will always prove reliable. With confident histories that date back through the ages, these MMA martial arts are sure to never come short when used by a practiced and disciplined fighter. Though there are many more martial arts that could be considered among the best, these certainly to prove to be contenders.